See Images for my favorite pictures and for more pictures...Check out my Flicker 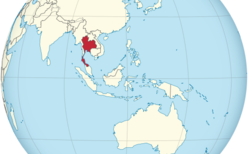 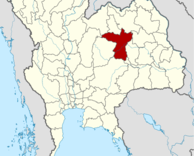 ​While in Thailand I spent a week living in Na Nong Bong. Villgers in the Na Nong Bong community in Khao Luang district of Loei province live within 2.5 kilometers of Tungkum Limited Company Gold Mine. In the pursuit of development, lax implementation of mining regulations has left local residents frustrated with the government's response to impacts the mine has caused. Villagers believe that the Thai Constitution protects theri right to participate in the management and protection or exploitation of Thailand's natural resources. People Who Love Their Hometown (PWLTH), a community organization comprised of concerned villagers, has been fighting to close the mine since 2006 to mitigate the contamination of their food and water.

My plan was to return to Na Nong Bong this summer to document their story for an english speaking audience. The more people who know about Na Nong Bong the better. They are a truly inspiring and brave group of individuals. Due to the coup in Thailand I was not able to return this summer, but I can still help share their story with my friends and family.

On the night of May 15th 2014, 300 armed men alllegedly beat and bound fourty villagers in Na Nong Bong community. Villagers were held captive while their wall was destroyed and 13 truckloads of materials out of the mine. On the morning of May 17, police came for the initial investigation of the attack on the community at Tungkum Ltd. mining site.

My coursework was focused on development and globalization. I took Thai classes and learned enough Thai to live on my own in a homestay and have meaningful and enlightening conversations with Thais. I had 8 different homestays throughout the semester, living in different villages across the region studying a variety of issues including agriculture, land rights, water rights and dams, natural resources and mining, and Buddhism as a form of social activism. The program employs a pedagogy where rather than having professors for each of my classes I learned from and lived with the people who were affected by the issues I was studying.

I became deeply passionate about alternative education, journalism, and giving a voice to those who are too often ignored. My final project in Thialand (featured under Videos) was a video for Huay Rahong, a community struggling to protect their rights to land they have lived on for 100 years. This was a project that they had asked for our help with so that they could share their story with other communities faced with the same challenges. ​

In the fall of 2013, I had the privilege  of spending 5 months across the world, 12 time zones away, in Northeastern Thailand. I was a student on a study abroad program organized by CIEE, Council on International Educational Exchange. The program is over 30 years old, extremely well established in comparison to other programs in South East Asia. I had an incredible semester that without a doubt changed my life.

I've accepted a position as a Program Facilitator for CIEE Thailand study abroad program from June 2015- June 2016. This position allows me to continue working with ENGAGE and local NGOs, to gain experience working with students in and out of the classroom, to practice implementing and facilitating experiential education pedagogy, and to continue to work as a freelance journalist. I couldn't be more excited about the job.

This site is full of information about my experience and my work in Thailand. Be sure to check-out the Anti-Mining Campaign I am working on with ENGAGE. The videos about community forest rights, and anti-gold mining and political protests in Thailand protests,